What is an EAN Barcode?

European Article Numbering system. The international standard bar code for retail food packages. The EAN-13 bar code type has 12 data characters, one more data character than the UPC-A code. An EAN-13 symbol contains the same number of bars as the UPC-A but encodes a 13th digit into a parity pattern of the left-hand six digits. This 13th digit, in combination with the 12th digit, represents a country code. The JAN-13 (Japanese Article Numbering system) is a special application of EAN-13.

The most commonly used EAN standard is the thirteen-digit EAN-13, a superset of the original 12-digit Universal Product Code (UPC-A) standard developed in 1970 by George J. Laurer.[1] An EAN-13 number includes a 3-digit GS1 prefix (indicating country of registration or special type of product). A prefix with a first digit of “0” indicates a 12-digit UPC-A code follows.

The less commonly used 8-digit EAN-8 barcode was introduced for use on small packages, where EAN-13 would be too large. 2-digit EAN-2 and 5-digit EAN-5 are supplemental barcodes, placed on the right-hand side of EAN-13 or UPC. These are generally used for periodicals like magazines or books, to indicate the current year’s issue number; and weighed products like food, to indicate the manufacturer’s suggested retail price. 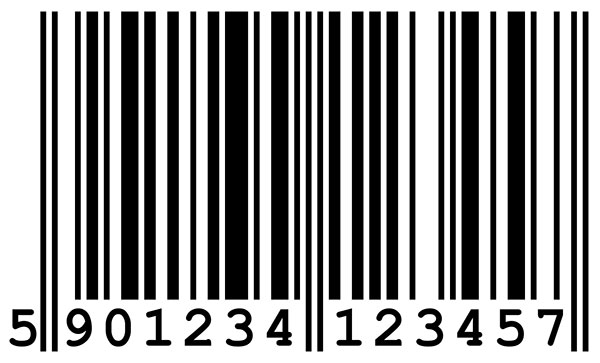