One of the most interesting things about RFID technology is that it can be applied to many industries to solve extremely complex problems. Its most natural applications are in warehouses and retail operations. But, RFID can serve a plethora of purposes…even in nature and environmental conservation. Here’s 4 ways RFID can positively affect the environment at large.

About 900,000,000 trees get cut down each year in the US! The good news is that well over a billion trees are planted each year to replenish the tree population.

However, abroad there is a much more dire need to ensure that logging is done legally. Deforestation is often done to clear land for farming, or drilling for oil. And, unfortunately, a lot of it is done beyond the watchful eyes of environmental protection enforcement. Illegal logging accounts for 50-90% of all forestry activities in key producer tropical forests, such as those of the Amazon Basin, Central Africa and Southeast Asia, and 15-30% of all wood traded globally (according to INTERPOL).

Environmental safety has recently turned to auto-ID technology to tag and track trees. Some trees are beginning to be tagged as saplings, while others are tagged in adulthood in order to verify that they were chopped down under legal circumstances. RFID tags can be nailed into the trees. Then, when delivered, the buyer can verify the tree was legally cut down by simply reading the tag. That’s a little easier than chaining yourself to a try, no?

Technology has allowed fishing to become more efficient, too. Today, roughly 465,000,000 pounds are caught each day. And, with more adult fish getting caught than ever, it is becoming exceedingly difficult to replenish the amount of fish in the oceans.

Many nations have begun to heed the warnings from scientists to protect the most vulnerable fish populations. But, this doesn’t stop illegal fishermen from going after highly sought after fish. There are many popular, yet endangered fish that make their way to a dinner plate every day.

RFID can be applied in many ways for the fishing industry. In the Pacific Northwest, federal agencies have been using RFID tags since 2010 to to monitor the population and movement of fish such as salmon and trout. Recently, lobsterman have been given RFID tags from environmental authorities in order to tag their lobster pots along the coast of Scotland. And, only the pots with RFID tags are allowed in waters with heavy lobster populations. Hopefully we can get them around Long Island to stop Kramer!

On the list of the World Wildlife Fund’s most “critically endangered” animals are tigers, rhinos, elephants, gorillas, turtles, and leopards. Almost all the animals on the endangered list are suffering from dwindling populations because poaching. Wildlife watchdogs, governmental institutions, and many other defenders of wildlife work tirelessly help stop illegal poaching of endangered animals as well as the trade of their furs and meats. Its a difficult challenge. For example, rhino poaching in South Africa has risen 7,700% from 2007 to 2013, according to the WWF. To try and keep ahead of wildlife crime, many governments and agencies are turning to high tech. RFID is one of the preferred options.

In 2013, South Africa lost over 1,000 rhinos to poachers. Meanwhile, their neighbors lost only 2! How was this done? Namibia’s Ministry of Environment and Tourism (MET), worked with the WWF to fit rhino horns with RFID tags. Tag reading sensors are placed in strategic areas such as watering holes. And, with tremendous financial support from Google, a surveillance system was put in place to track the movements of the rhinos. Unmanned aerial vehicles (UAVs), commonly known as drones, have been added to the MET’s strategy. An aerial view allows them to get a look at where rhinos are, without dispatching rangers. A benefit of using UAVs is their ability to detect the body of a poacher. So, even at night, a poacher can’t hide. It’s truly a multi-pronged technological system, and RFID is at the heart of it. 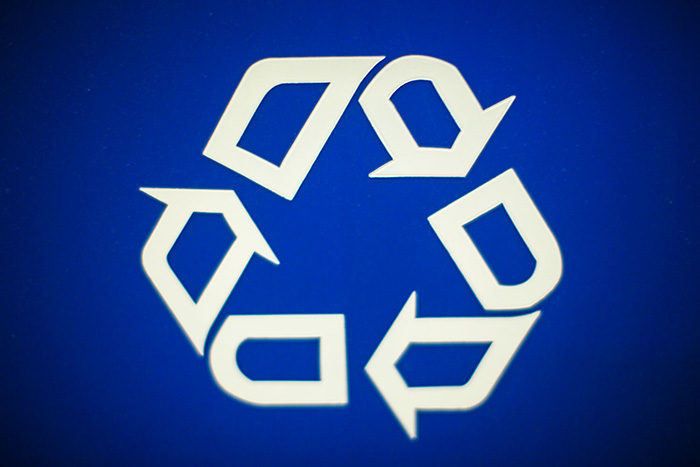 In England, they may occasionally get bed bugs. But, they also have “bin bugs“.

That’s what the British media calls them anyway. In order to track the amount of refuse a household, many cities around the world have been issuing trash and recycling bins with RFID tags connected to them. In cities like Philadelphia, Los Angeles, Cleveland, and San Francisco, the bins are tracked, and if citizens don’t put their trash out, or if they don’t recycle, they can be issued a fine.

This implementation has been met with some hostility, and reasonably so. The results of bugging people’s garbage were mediocre for many cities, which is why the idea never got rolled out on a mass scale.

However, one waste management company took another angle at using RFID for trash. Sanico, a garbage collecting company located in northern New Jersey, has started paying customers to recycle paper and plastic. Sanico is able to recycle their paper, and then pass the profit to their loyal recycling customers. Their program has a big success. Recycling rates have increased, and Sanico has expanded their practices significantly. And, it just wouldn’t be possible without RFID!